Kitty Su: A Decade of Decadence

It’s August! My birthday month! Ten years ago, I saw a dream that took flight and my fantasy took form.It started with the idea of building a unique experiential space, where every individual is welcomed and feels safe. It was in August 2011 that my labour of love – Kitty Su – came to life. Over the last decade, Kitty Su has changed the way nightlife was perceived in the capital city and the country, elevated the brand identity of the hotel chain my parents proudly built and most importantly, it brought change into the society, to the way we as individuals saw each other and ourselves. As Kitty Su turns a decade older, I feel its centuries queerer! 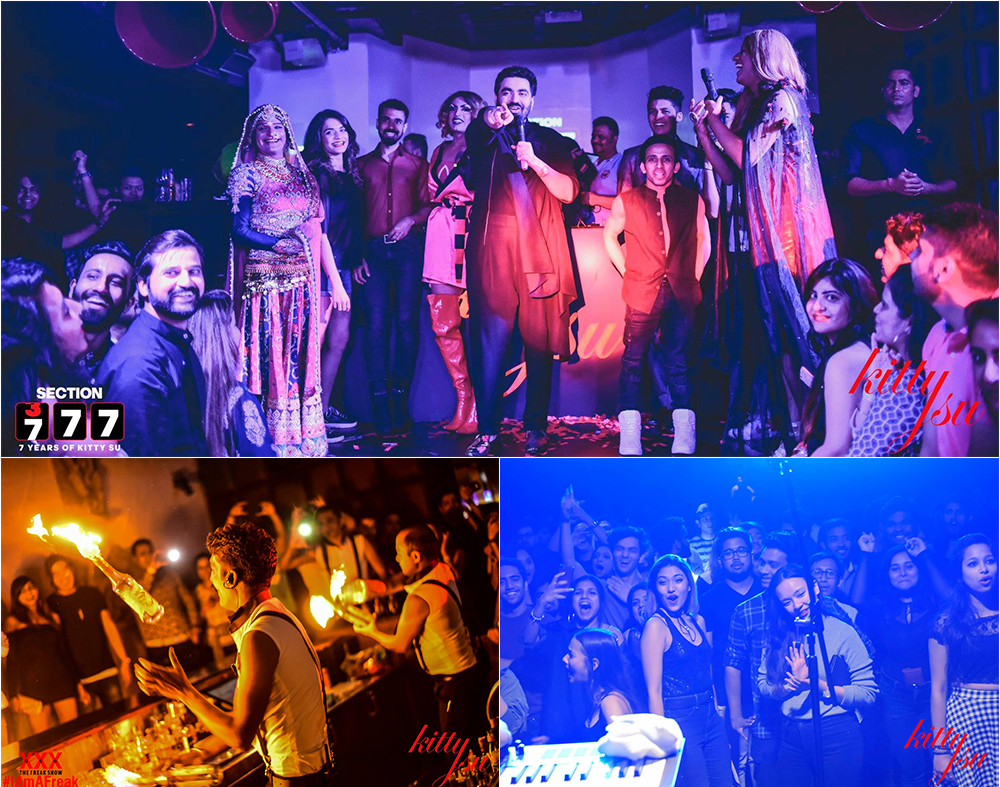 People usually ask me, what is Kitty Su and how did you coin this term? As a matter of fact, Kitty Su is a fictional character that I once imagined and the rest, you know is history. Kitty Su is a gender-bending drag queen. She lived as she partied - an enigma with everyone wanting access to her crazy evenings. Legend has it that she died one night, in her luxurious bathroom, holding a piccolo of champagne and her favourite cigarette holder in the other. The club actually became homage to her lifestyle, her freedom and breaking away from conventions.

Kitty Su was built around the idea of the discerning woman who loves three things ­ fashion, music and champagne. People literally would crave to come inside, take a peek at the red and black den of pleasure; needless to mention the iconic Champagne-only bar inside a washroom. With the bubbly flowing freely, the rest is predictable.

I don’t think anybody in the team can forget the nights when artists like Steve Aoki, Hardwell and DJ Snake made an appearance in the years 2012-2013. We have been driving people nuts ever since 2011.  It became the hottest destination for several national and international artists.

Kitty Su was slowly becoming people’s go-to music destination. I was pretty happy to host artists like Anoraak, Yuksek who possessed a unique style of music and mixing in general. It was well adapted by my kittens.

Kitty Su also became a hub for conversations that were important but hushed by the society. In a city where night clubs were known to be strange places for sexual and gender minorities, Kitty Su emerged as a beacon of hope and inclusivity. In 2014 we started #NotoSection377 movement to eradicate homophobia and the law that restricted people of same sex people to love each other. We have always believed in the concept of #PureLove.

2015 – It was time to spread wings. We launched Kitty Su in cities of Mumbai and Chandigarh. The club hosted Lil Jon, Rudimental, Wanklemut, Nora en Pure, Troyboi, Tin Dao, Anoraak. We received international acclamation when DJ Mag recognized Kitty Su as the best nightclub from India and the only nightclub to make it to the top 100 list. Kitty Su was also awarded as Best Night Club in Delhi by Times Food and Nightlife Awards and listed by GQ as Six Best Nightclubs to Visit.

2017 – became the year of changes when we decided to take the leap. We had always bluntly put across our ideology of acceptance and inclusivity. That’s when we launched a unique campaign celebrating all misfits, rebels, and freaks. The campaign #IAmAFReak embraced the queer from all walks of life. We brought people from various marginalized communities into the fore. The club became the first and still, the only club which hosted events for the transgender community, acid attack survivors and people with disability. Also, it is the only club the country which also has a wheel chair bound person as their resident DJ. Moreover, we created a platform to offer opportunities to female DJs, LGBTQ performers, and gender neutral artists. Mainstreaming drag was one of our objectives associated with this campaign.

Kitty Su hosted some iconic events such as the power walk with acid attack survivors, pure love walk with trans individuals that included Kiara and Maahi (trans-individuals, also part of the workforce at Kitty Su), a special night for people with disabilities in collaboration with Inclov, facilitated events for the transgender community, gave tribute to iconic stars with ‘A Night of 1000 Rekha’s & A Night of 1000 Madhuri’s’ ; Queeny Harish, and many more.

We even hosted first-of-its-kind professional acting workshops for transpersons, 'TRANSaction', to open doors to inclusion and opportunities for the trans-community in association with Film Director, Faraz Arif Ansari.

Over the years we invited and introduced a series of international drag icons such as Violet Chachki, Alaska Thunderfuck 500, Derrick Barry, Kitty Glitter, Milk, Thorgy, Hungry, Willam, Trans icon and legendary performer, Peppermint to name a few. Kitty Su gave birth to desi talents such as Rani Ko-HE-noor, Maya-The drag Queen, Betta Naan Stop, Zeesh, Lush Monsoon and more who found a career in drag. We were just out there, everywhere.

During the 7th year anniversary of Kitty Su, I was sitting with my team when the idea of Section 777 came up. It was a clever play at the on-going Section 377, so we decided to theme our content and all activities around that. Something really interesting happened when on the 6th of September, Section 377 got decriminalized. It was a sweet coincidence but I’d leave you to read more on it in ‘Sex and The Supreme Court’ Here: https://amzn.to/2YfHnQm We hosted a Post Pride Party that night across all Kitty Su’s to celebrate the judgement in the country and the response was massive

It feels like Kitty Su has lived ten different lives in the last decade! I want to take this opportunity to thank all the patrons for your never ending love and support. It is because of you all that we have been able to create a legacy of #PureLove.

To ring in Kitty’s tenth birthday amidst a pandemic, we are taking the club into a digital space. As I pay this personal homage to an era gone by, we continue to curate digital concerts and have some meaningful conversations. Lastly, I believe I have only done 1% and I look forward to making even more progress in the coming years.

When will Kitty Su be back, you ask? When I do, I promise it won’t be like anything you’ve seen before. Are we looking at a Kitty Su 2.0? You’ll find out soon.

Here’s to many-many more years ahead..